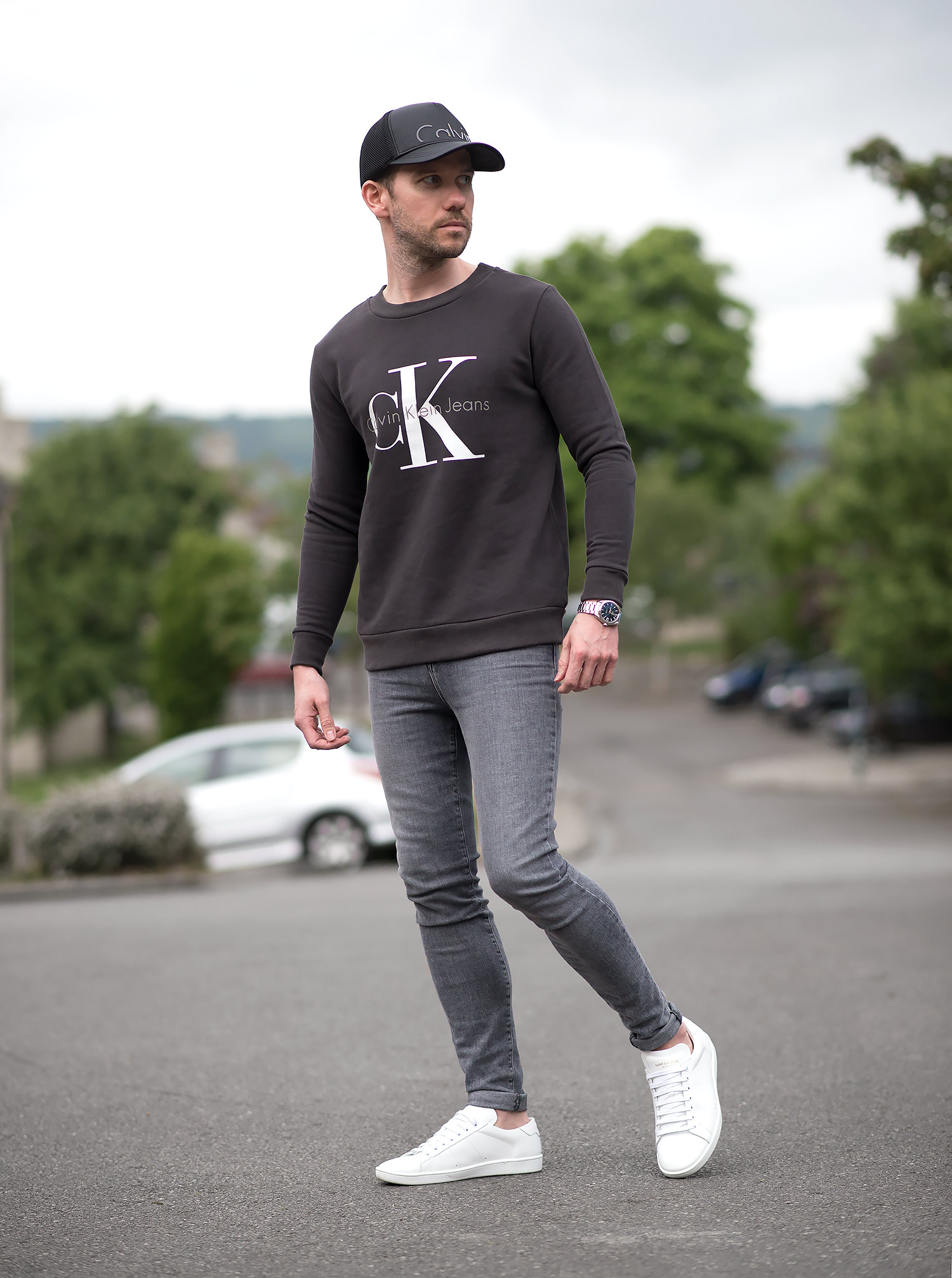 It was only a short while ago I featured an article about the current branded sweatshirt trend, despite my uncertain opinion of the style, it didn’t take me long to change my mind and in fact end up loving the look!

I happened upon this Calvin Klein Jeans Logo Sweatshirt in washed black some months ago, we were in Urban Outfitters during one of our shopping expeditions.

I was instantly attracted to its unusual lighter shade, traditional solid black is usually too harsh against my paler skin tone. At this point I was still firmly on the fence of doubt with this trend. However, I still duly tried it on (it was actually in the women’s section, this shade disappointingly isn’t available in the men’s CK range). Alas, it wasn’t to be, it fitted quite awful. The neck opening was way too big, hanging really low on my chest. The length was also quite short, the hem sitting just above the waistband of my jeans. So, I came to the conclusion it wasn’t for me and gave up, leaving the store empty handed.

Then, fast forwarding to last weekend, we visited Urban Outfitters once more, sitting in the corner on the sale rail were the very same washed black Calvin Klein Sweatshirts in the sale! I decided I would give them another try with increased vigour and enthusiasm (at this point I had more passion for the style, largely in part due to my branded sweatshirt trend post on my mens fashion blog). This time, it was a totally different story. It fitted perfectly, the neck opening was shorter and more akin to mens jumpers, the hem length appeared longer too. Perhaps, the one I tried before was a faulty product that slipped through the net?

I decided to go for a total monochrome look, pairing the washed black with J Brand Maria High Rise Skinny Jeans In Dove, Calvin Klein Trucker Cap and my Saint Laurent Off White Court Classic Sneakers which I recently reviewed.

Please let me know in the comments if you’re a fan of this look? Would you wear a branded sweatshirt? 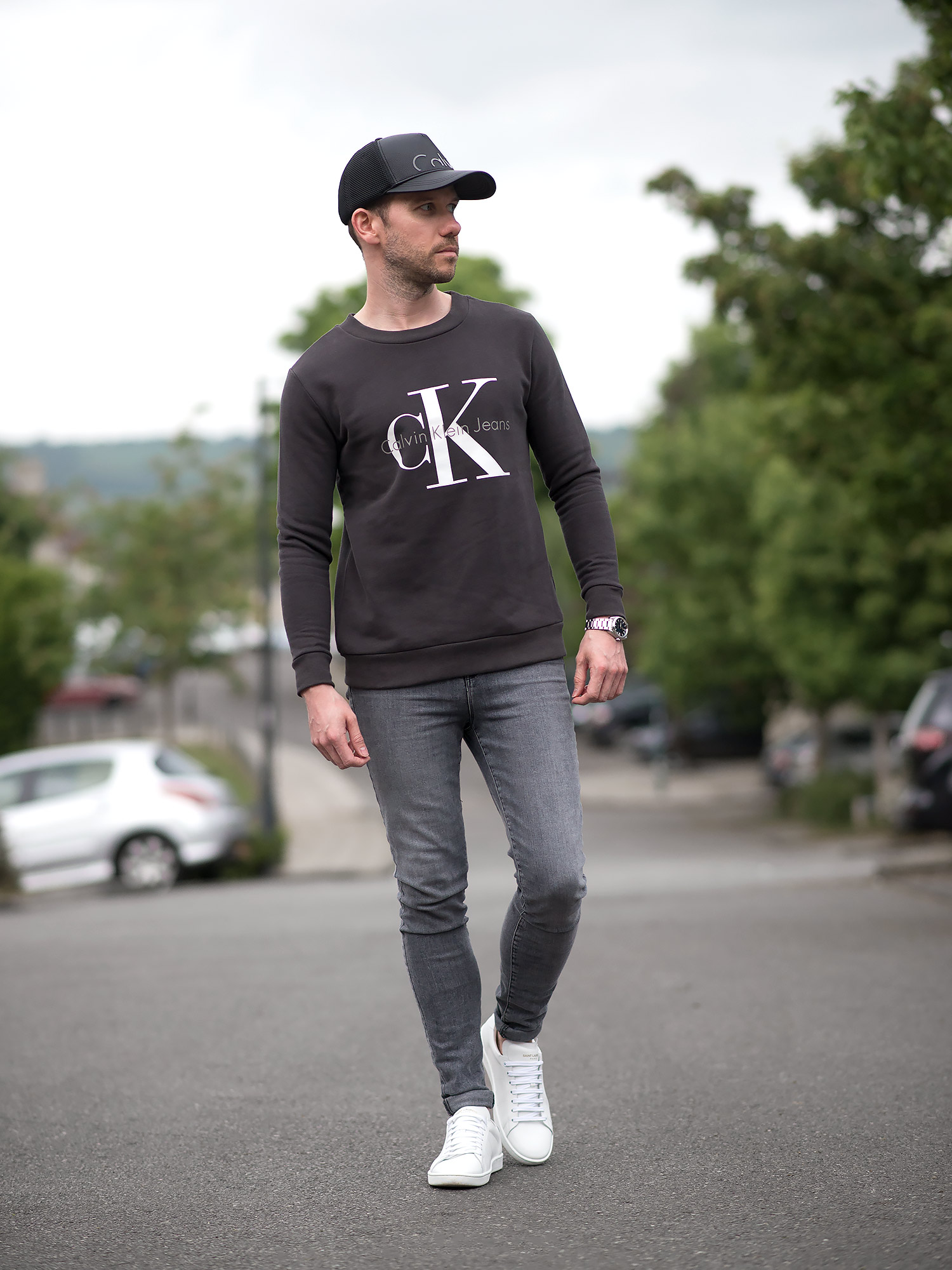 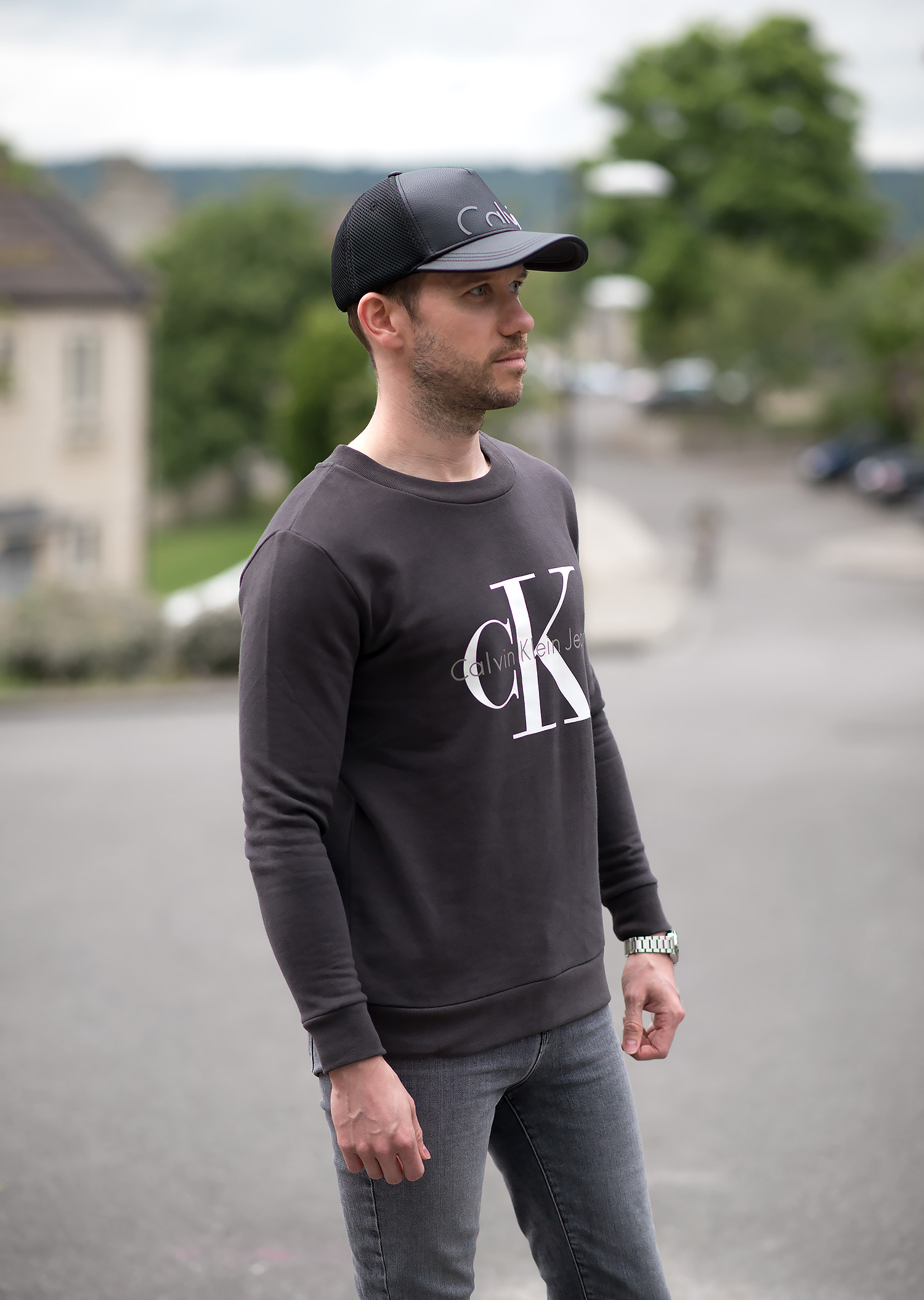 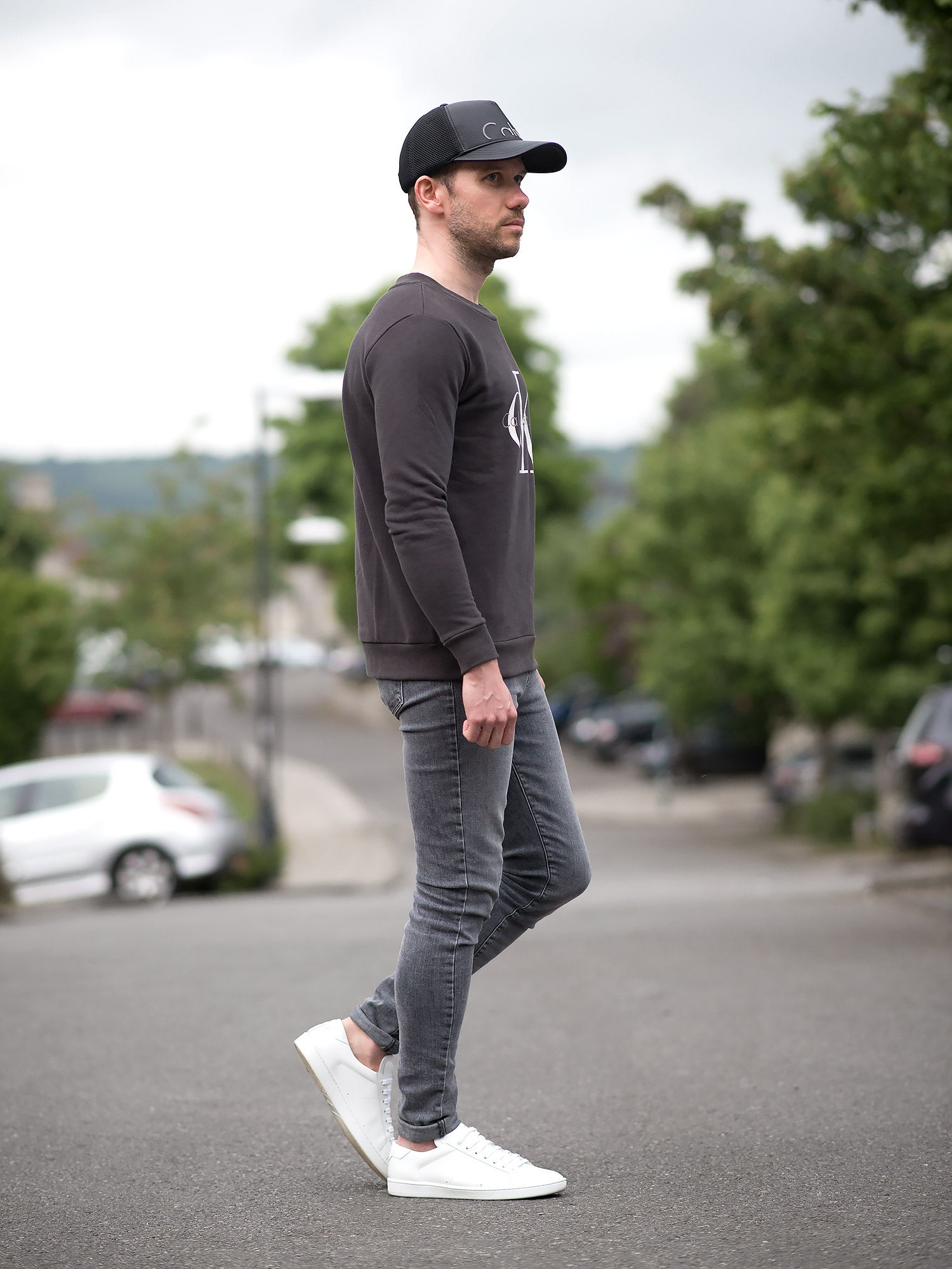 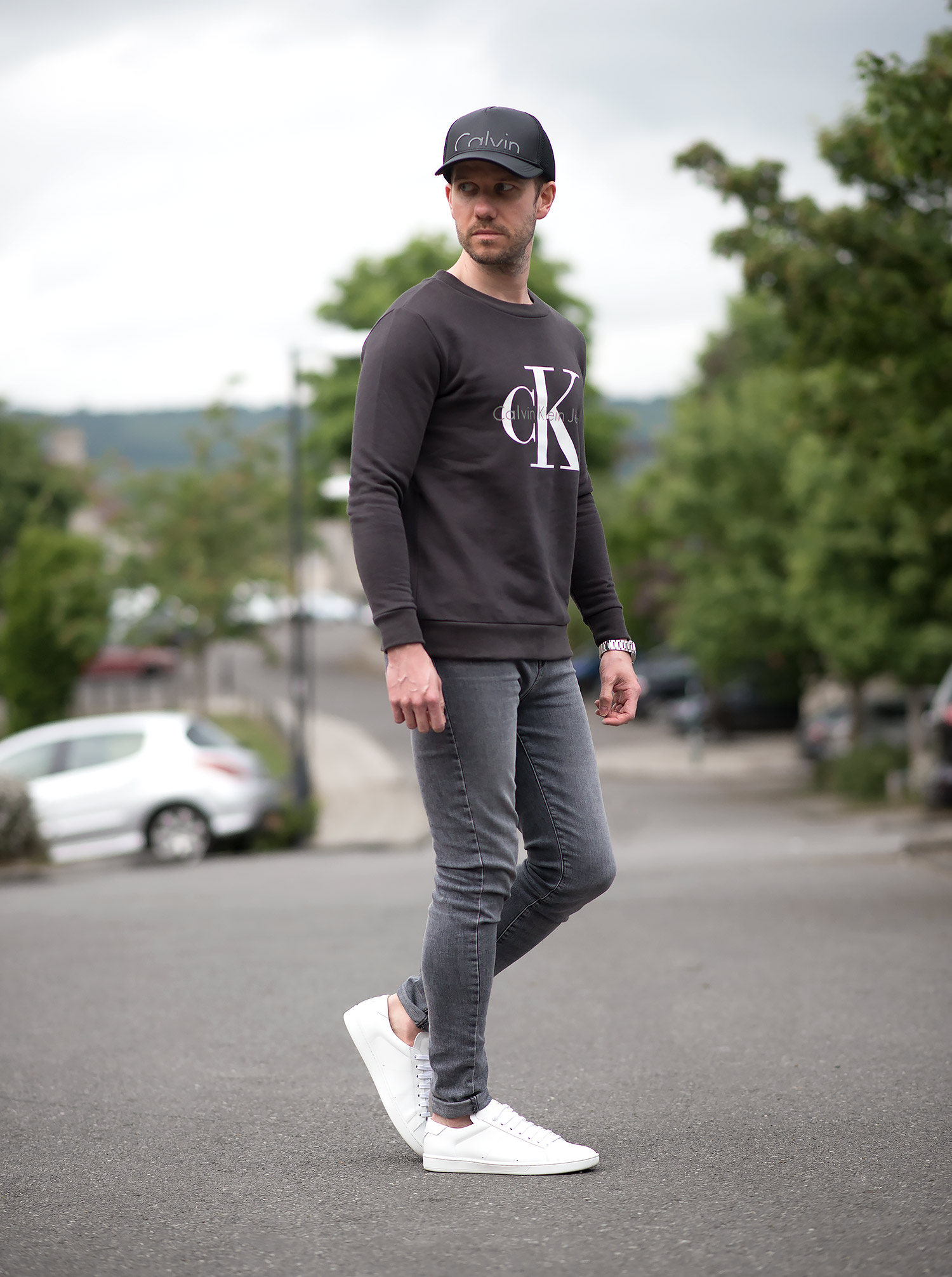 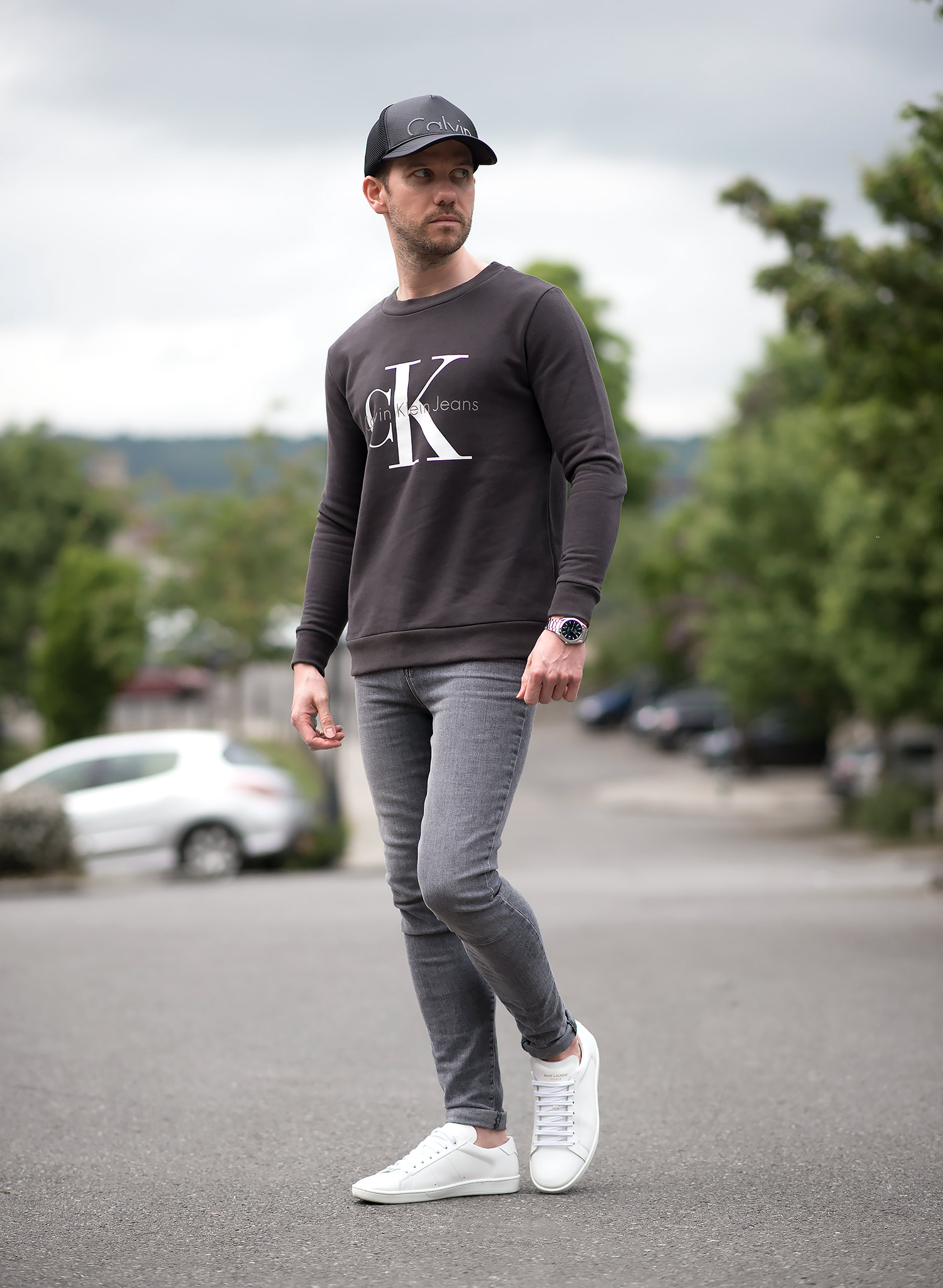 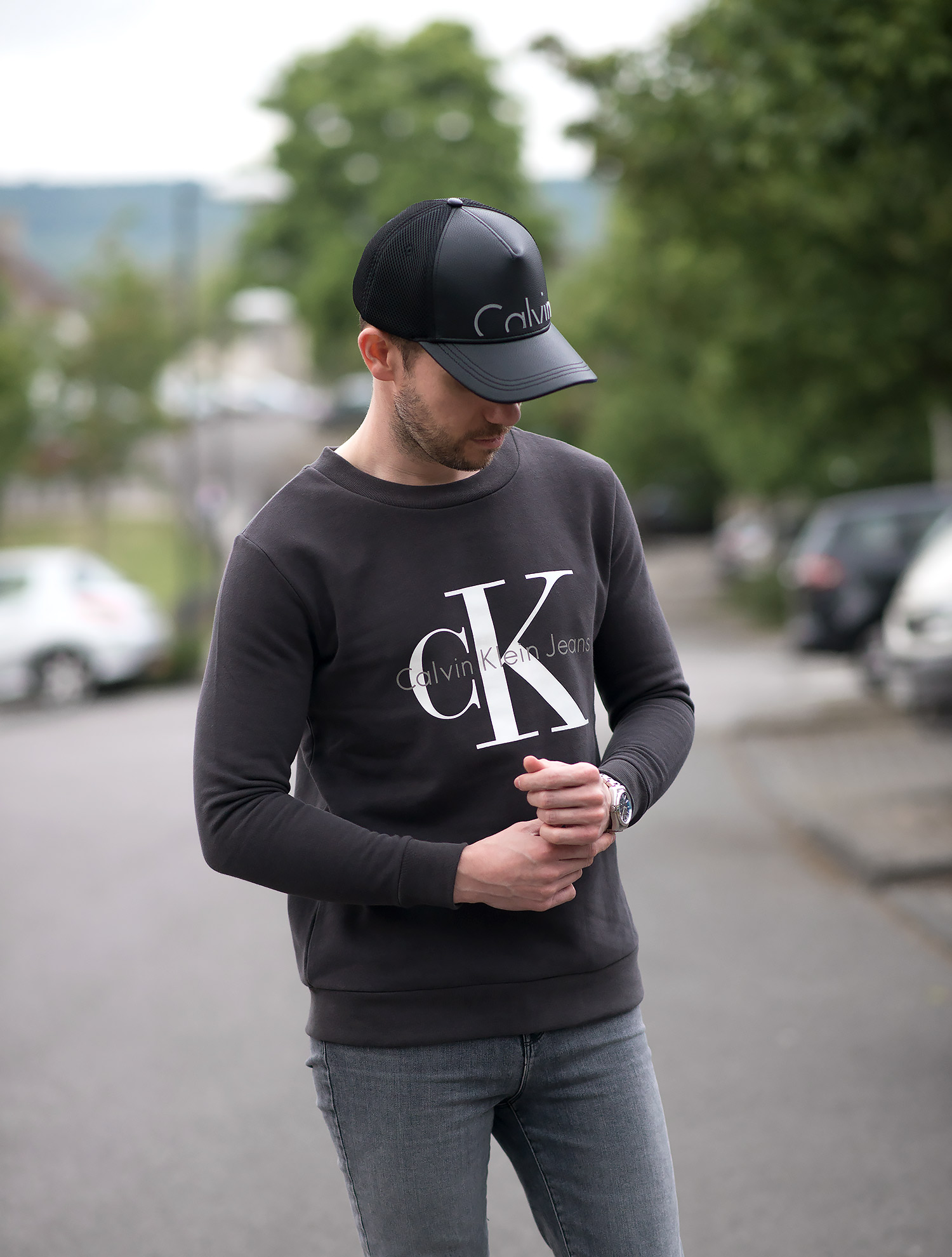