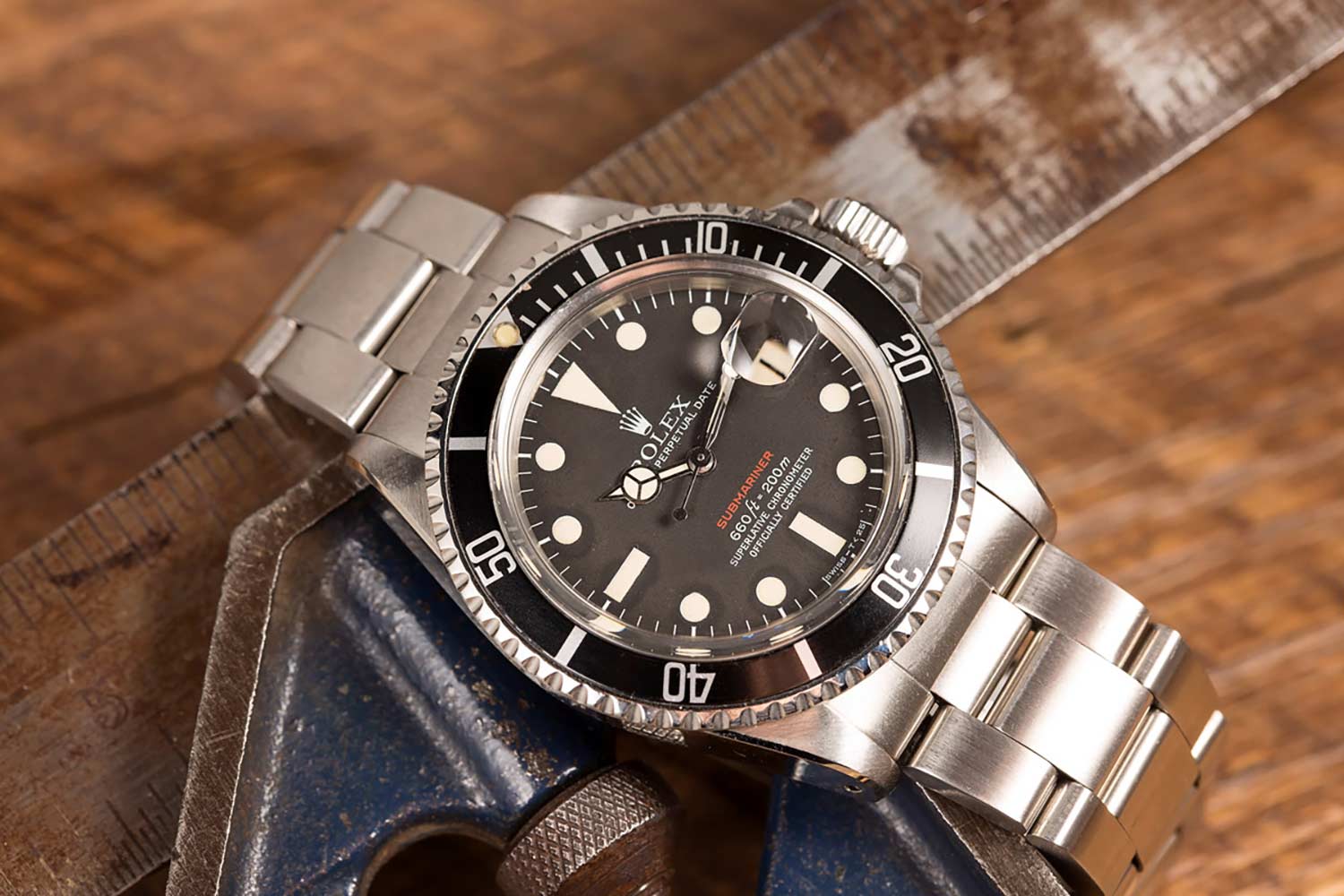 I’m a huge fan of all types of watches, yet my biggest love is for automatic swiss time pieces with Rolex sitting comfortably at the top of the pile! They are responsible for some of the greatest watches ever to be created, however they also command a very high price point, which is only to be expected thanks to their unparalleled quality. Sometimes it pays to look back through history at some of their classic designs. With this in mind, I have chosen my top 5 Vintage Rolex Watches that any watch aficionado should consider when choosing their latest accessory. 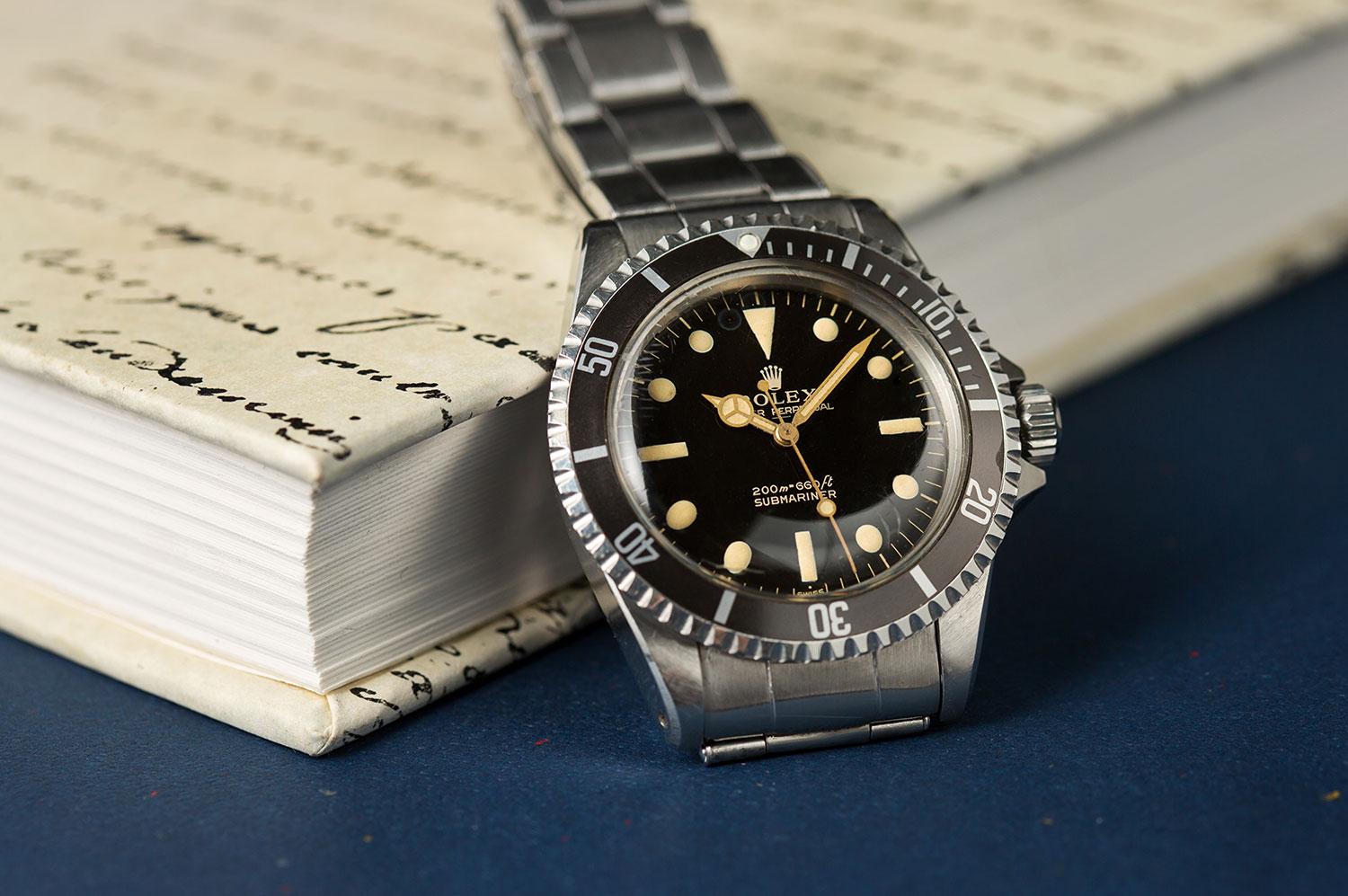 At the number one slot we have the reference 5513 Submariner, the top example of Rolex’s iconic dive watch. If someone mentions “vintage submariner” then the reference 5513 will most likely be the first watch that springs to mind! During its remarkably long history, the reference 5513 was produced with a selection of small variations, yet remained the first choice of Rolex diving watches from the era of those fabulous glossy gilt dials, all the way to the mainstream adoption of the sapphire crystal which found home amongst nearly all of Rolex’s varied watch lines.

Boasting a thick, domed acrylic crystal, crown guards and a clean dial which is notable for its lack of both a date window and chronometer certification markings, the classic reference 5513 is a perfectly vintage watch, embodying the hallmark design of the distinct Submariner line, past and present. 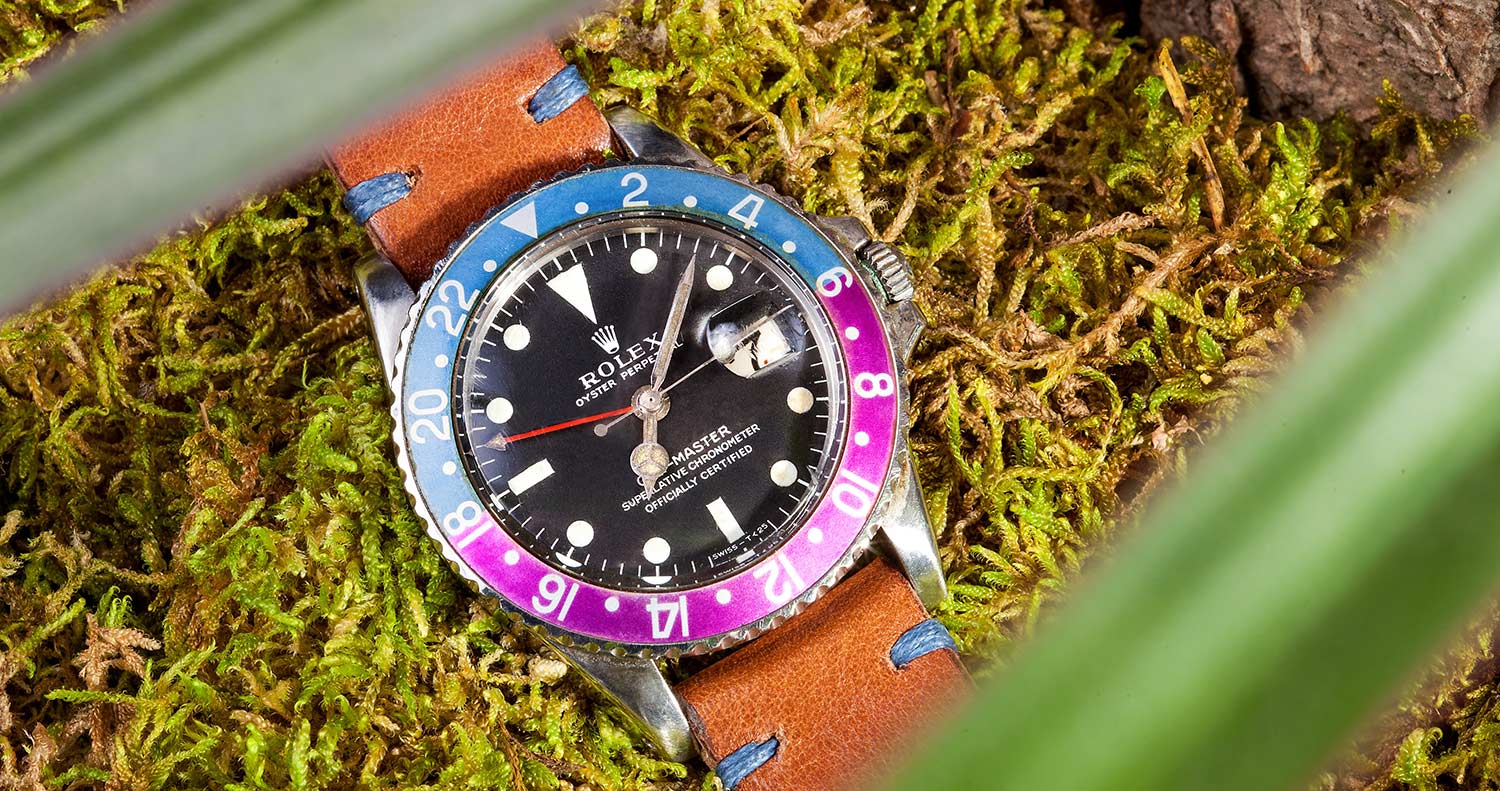 The reference 1675 is not the very first GMT-Master the swiss brand ever released, yet it is the watch everyone pictures in their mind when thinking of a classic and vintage example of Rolex’s multi-time, pilots watch which holds legendary status. It’s production era spanned well over two decades, the reference 1675 is notable for the introduction of matt dials, crown guards, the large GMT-hand and the all black bezel insert option for the GMT-Master line.

The very first GMT-Master that Rolex produced was the reference 6542, yet it was thanks to this watch that it begun to take on its contemporary form. With its long production run, this particular model can be found with a variety of different variations, such as unique crown guards, bezel inserts, dials or hand set variations – making it more exciting for watch lovers and collectors around the globe. 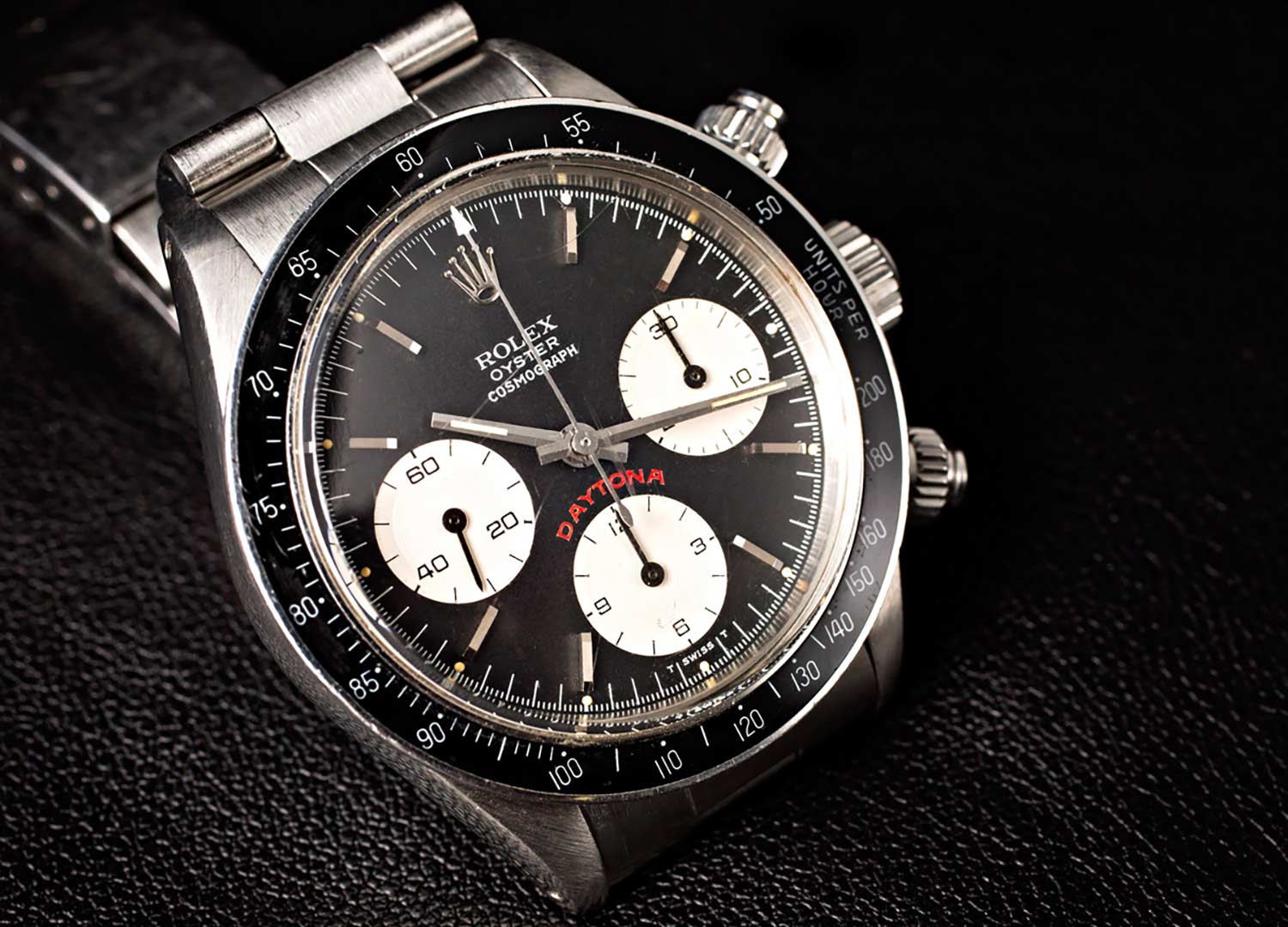 This watch is renowned as the Holy Grail to serious Daytona collectors, many of these watches can easily break the million dollar price point on the rare occasions they surface at auction. Any Daytona chronograph featuring a Paul Newman dial will always generate a crazy amount of interest, but the reference 6263 with its screw-down pushers and black bezel is considered to be the very best Paul Newman Daytona model bar none. 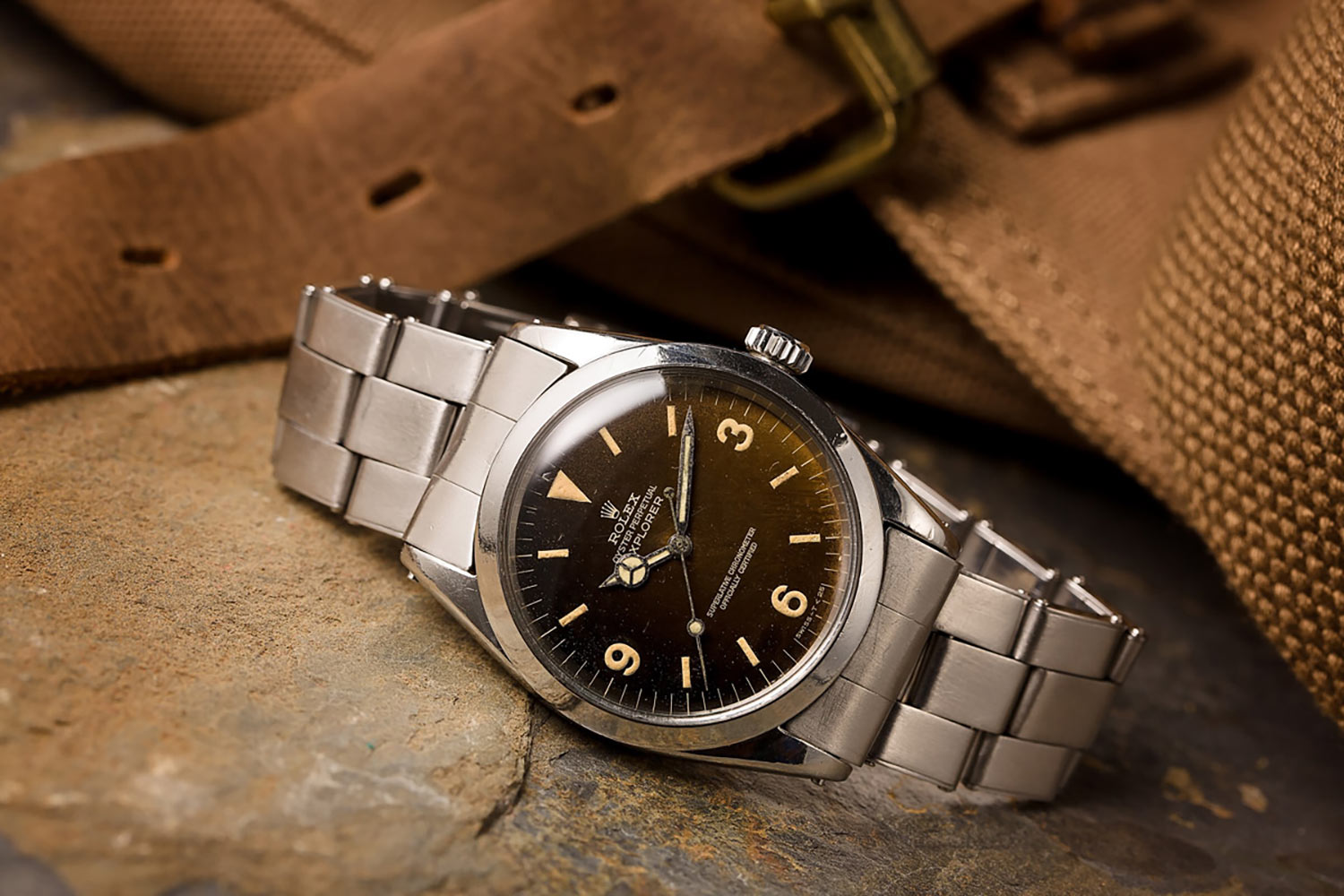 The Rolex Explorer line is regularly celebrated for how very little its overall aesthetic has changed or been modified throughout its remarkably long production run. First introduced in 1953, the Explorer has always adhered to the philosophy of minimalist design. Ten years after its inception, Rolex released the reference 1016, eventually reaching iconic status and becoming the classic example of a vintage Rolex Explorer.

The reference 1016 had such a long running production period that it spanned an entire era of different matte dials in the Explorer line of Rolex watches. The very first releases of the 1016 were constructed with glossy gilt dials; however later examples received matte dials featuring all white text. The reference 1016 had a production run that lasted up until 1989, Rolex would then release the reference 14270 which would then end the use of acrylic crystals, replaced with the arrival of gloss dials containing white gold hour markers. The reference 1016 is the only Rolex Explorer which existed throughout the whole of the matte dial era, for this reason it will always be remembered and considered as one of the classic Rolex’s to own.

The Submariner was originally envisioned as a time-only watch, yet the reference 1680 marked the point in the Submariner’s history in which the Rolex’s iconic dive watch would first begin to transform into its modern, date-displaying format. The 1680 would be the first of the Submariner line to feature a date complication; however it is also the only Submariner reference model with a date display which would also use an acrylic crystal.

The earliest examples of the reference 1680 Submariner featured its name printed in a vibrant red ink on the surface of the dial, helping to distinguish these particular models from the later-era reference 1680’s which were constructed with dials containing all white text. The reference 1680 “Red Submariner” has now become very popular amongst serious Vintage Rolex collectors – its amazing design and that unique red text have ultimately made it a true classic which would certainly sit proudly within any watch lover’s collection.

If you are determined to own a large selection of automatic watches like these top 5 vintage Rolex’s, then you should definitely consider one of the many watch winders available. Losing time when not in regular use is one of the only downsides to owning a swiss watch. Placing each one of your watches inside these little box of wonders is invaluable, say goodbye to re-setting the clock each time you want to wear a different time piece.

Do you have any classic vintage Rolex’s? Or any automatic Swiss watches? Please let me know in the comments below!