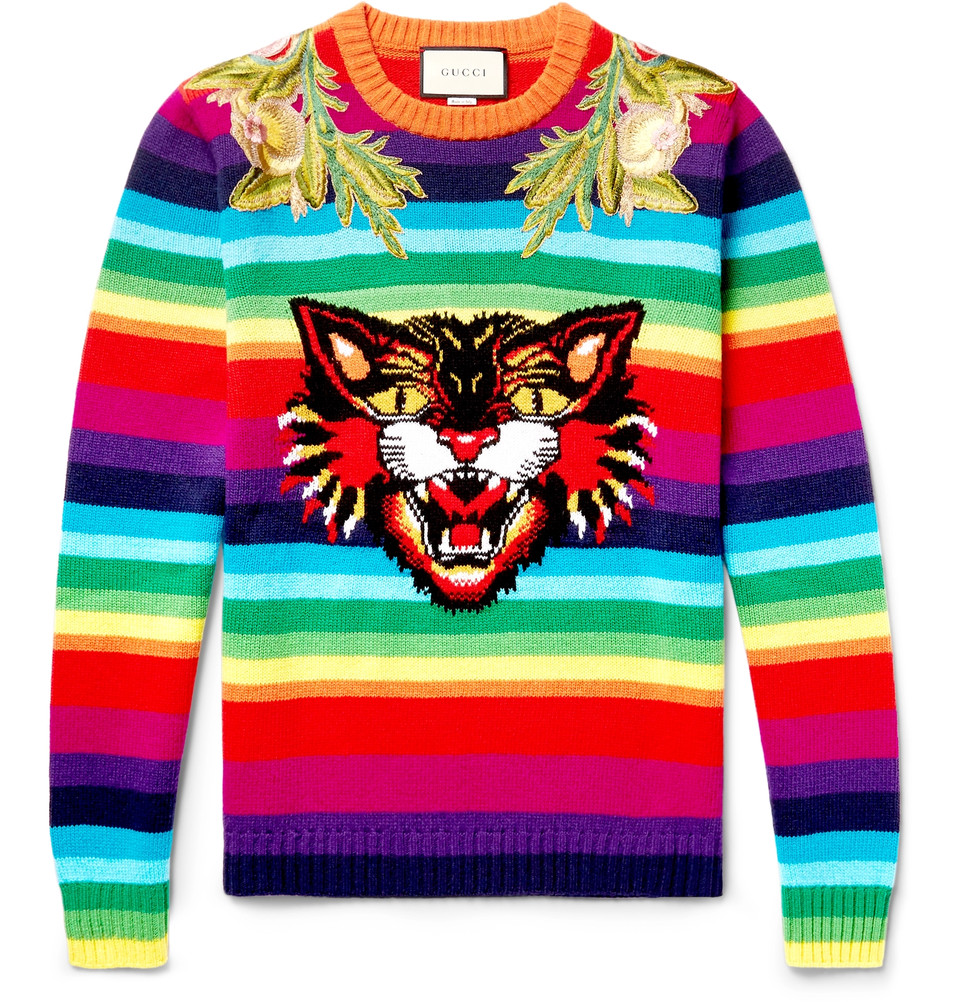 It will soon be the Autumn and that means it’s time to break out our funky sweaters! Usually I would only choose the plain and simple colours, with a classic wool blend, but this season the prints are out in full force for men! Gucci is one brand that has brought out bright colours, quirky designs, and embroidery on their sweaters for the AW17 season and they couldn’t be cooler! I’m expecting to see these on street style stars and on numerous other mens fashion blogs, so definitely keep your eyes open!

Gucci is a brand that has exploded onto the scene in the last year or so, really making itself the designer to watch out for as it’s taken over the industry with its GG belts, Gucci loafers, the famous embroidered denim jacket, and their handbags for women, however they’re not leaving the guys out at all. Think rainbow shades, angry cats, spaceships, bees, even a collaboration with Donald Duck and Disney! This coming AW17 season is all about the funkiest and boldest sweaters you can imagine – the bigger and brighter they are, the better!

Since a lot of these Gucci printed sweaters come with a higher price tag, vintage is also extremely popular right now and if you look at brands like What Goes Around Comes Around, they can often have pieces from seasons ago with a lower price tag and they’re just as cool because vintage is sought after by everyone. However, if you do have the money to spend, then I recommend one of these 8 crazy must have sweaters from Gucci! I don’t think you can go wrong with any of them. There’s a few which are more muted, and then there’s some knitwear pieces which are absolutely incredible, like the Embroidered Angry Cat above, with the rainbow background. That would catch the attention of absolutely everyone!

I’ve found that since I opened my mens fashion blog back in September last year, my personal style has evolved and grown as each month goes by. I wouldn’t have thought I would be wearing so many different hats, or even the sweatshirts and super skinny jeans that I wear now, and especially not a bright and crazy printed sweater like any of these, but I find myself admiring them and actually thinking they’re cool, so I think it won’t be long before I’m showcasing something along these lines! What’s your opinion on printed and embroidered or brightly coloured sweaters like this for men for the Autumn? Will you be wearing them? I think Gucci did a great job with making these ones as they’re so unique.

8 Gucci Crazy Printed Must Have Sweaters For Men 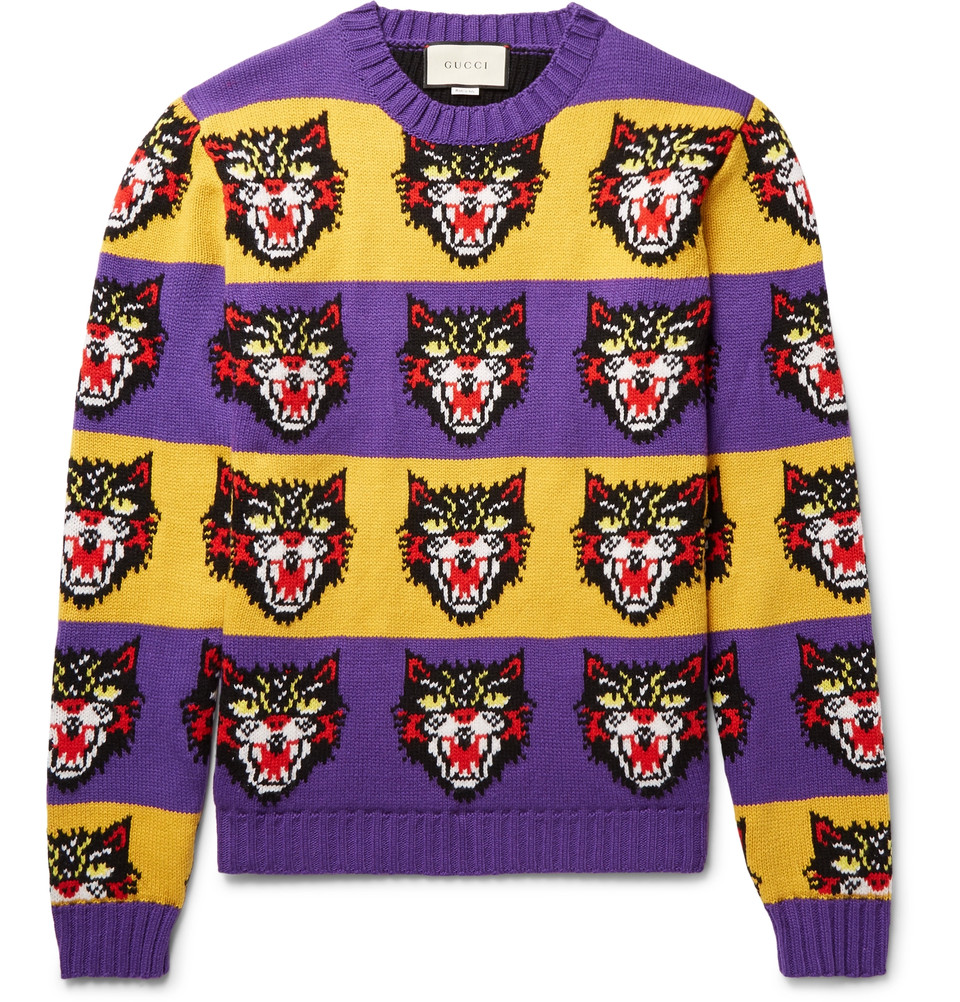 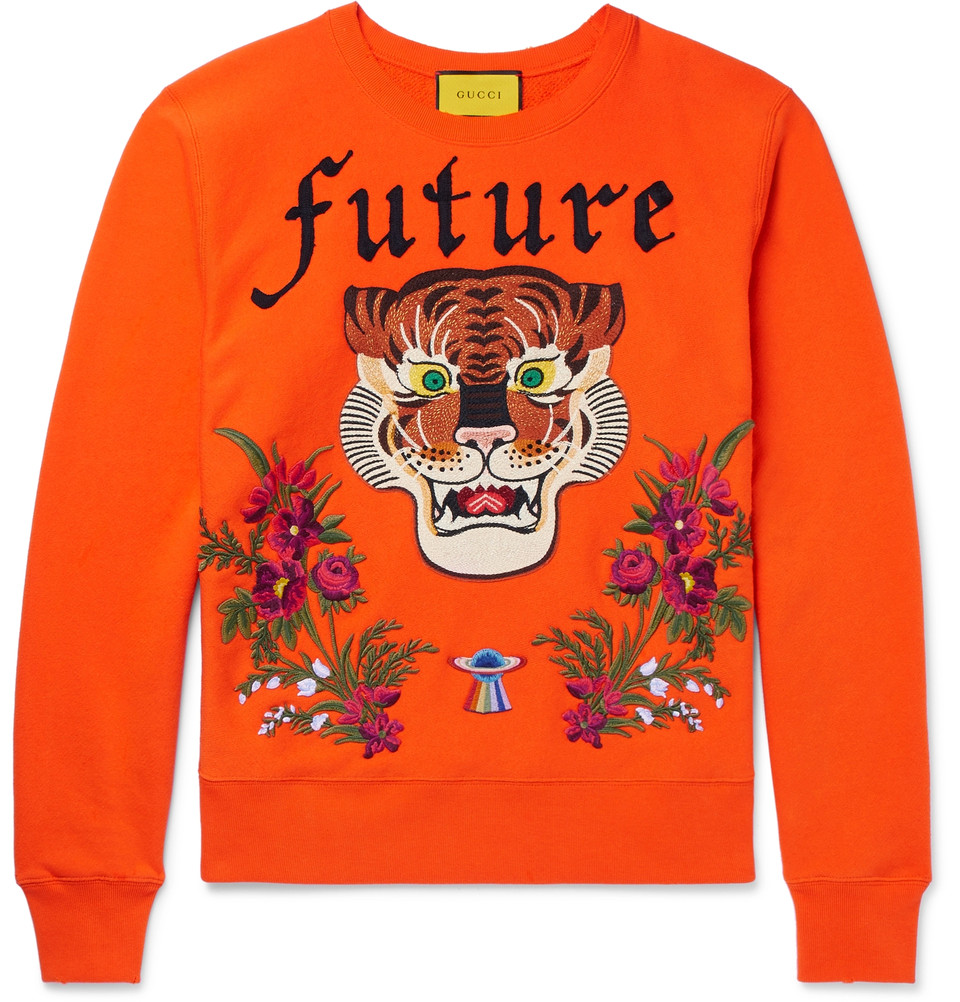 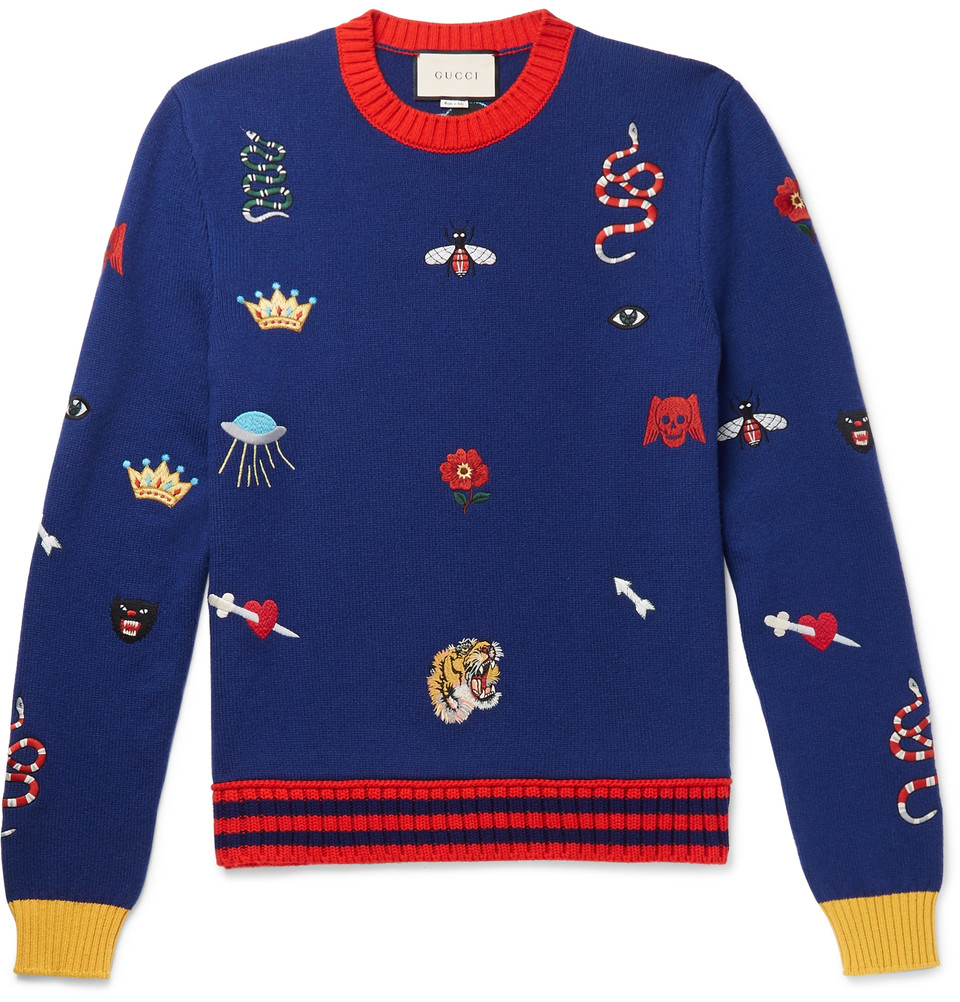 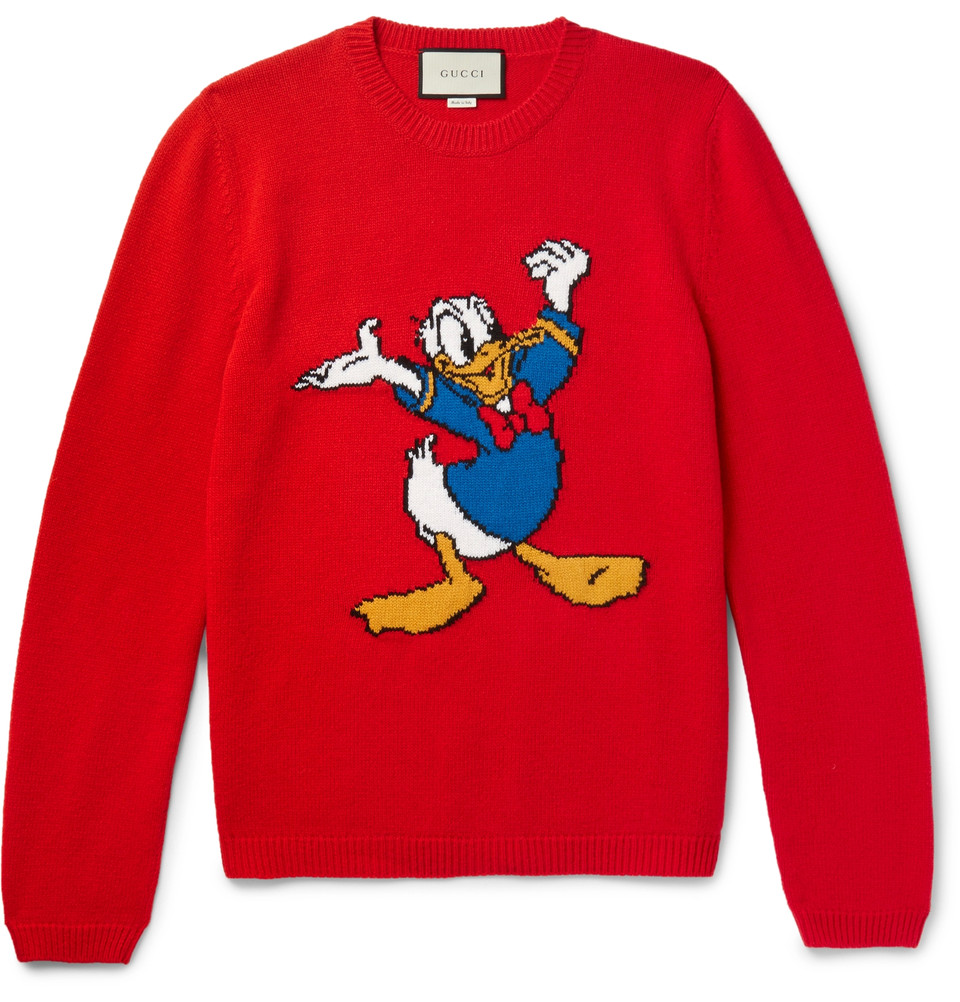 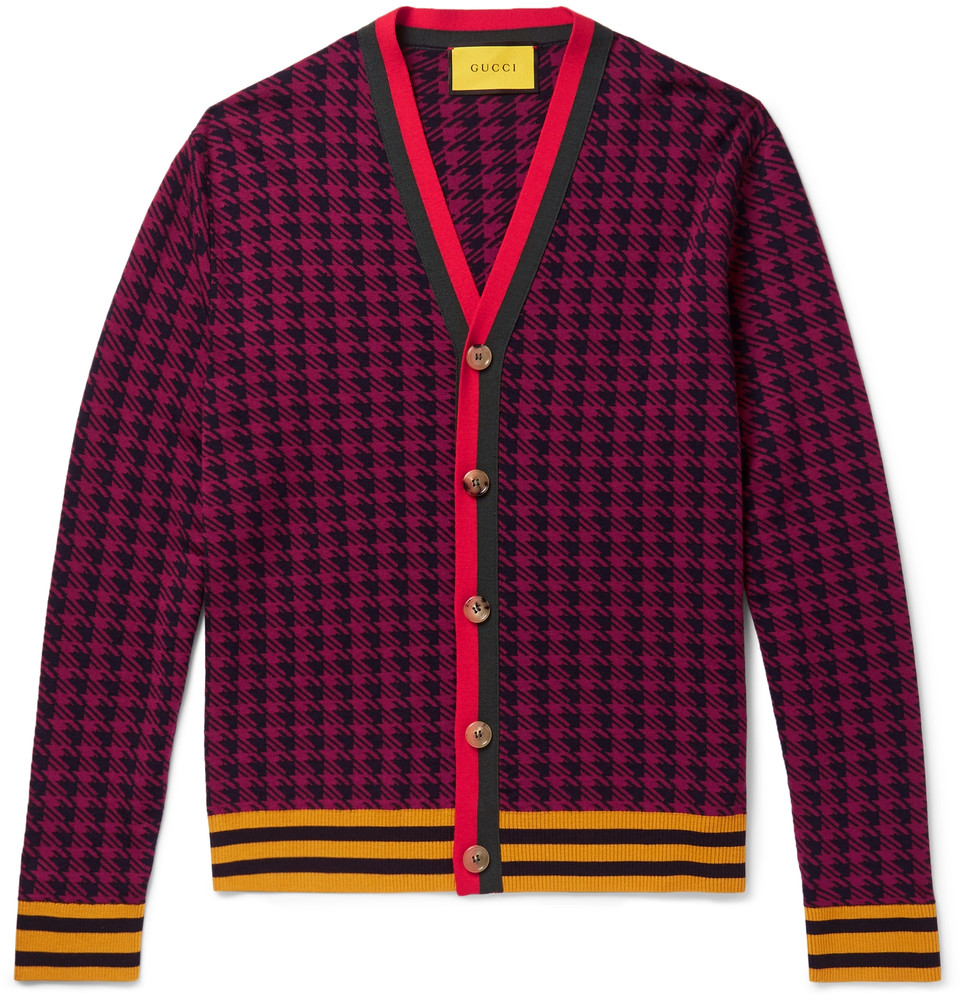 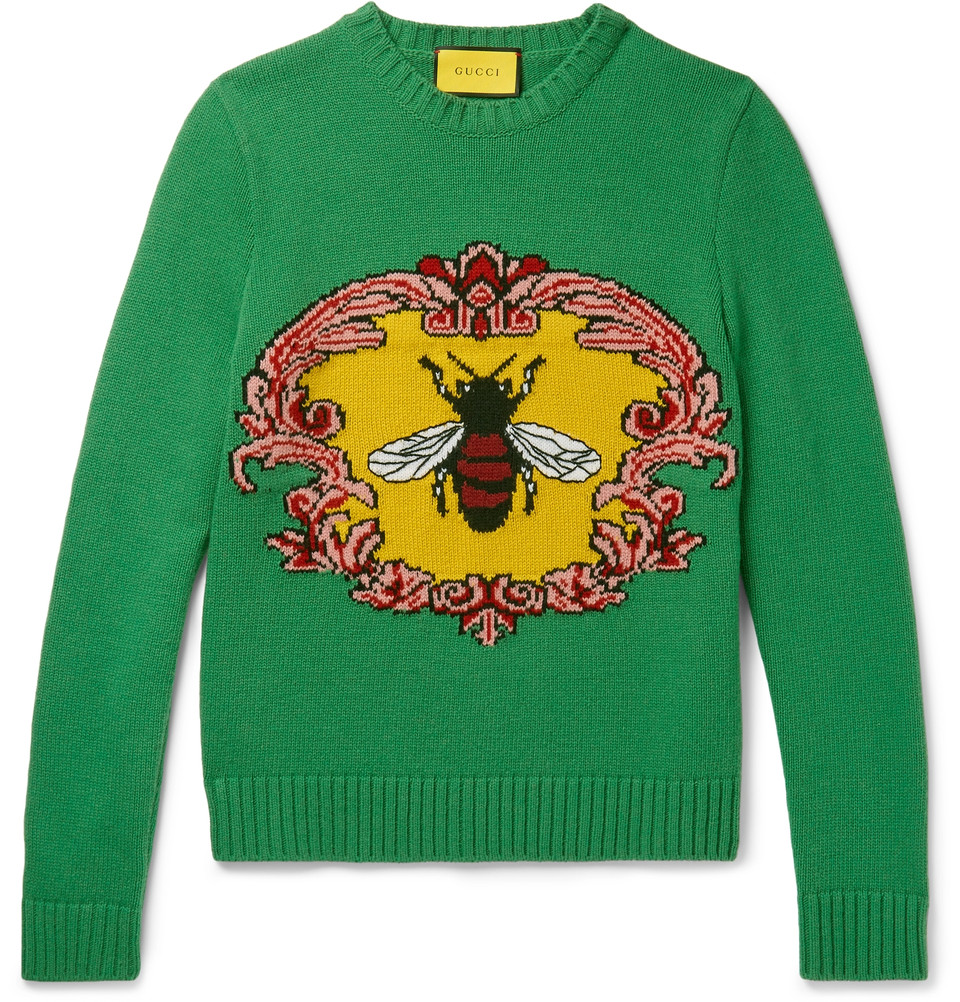 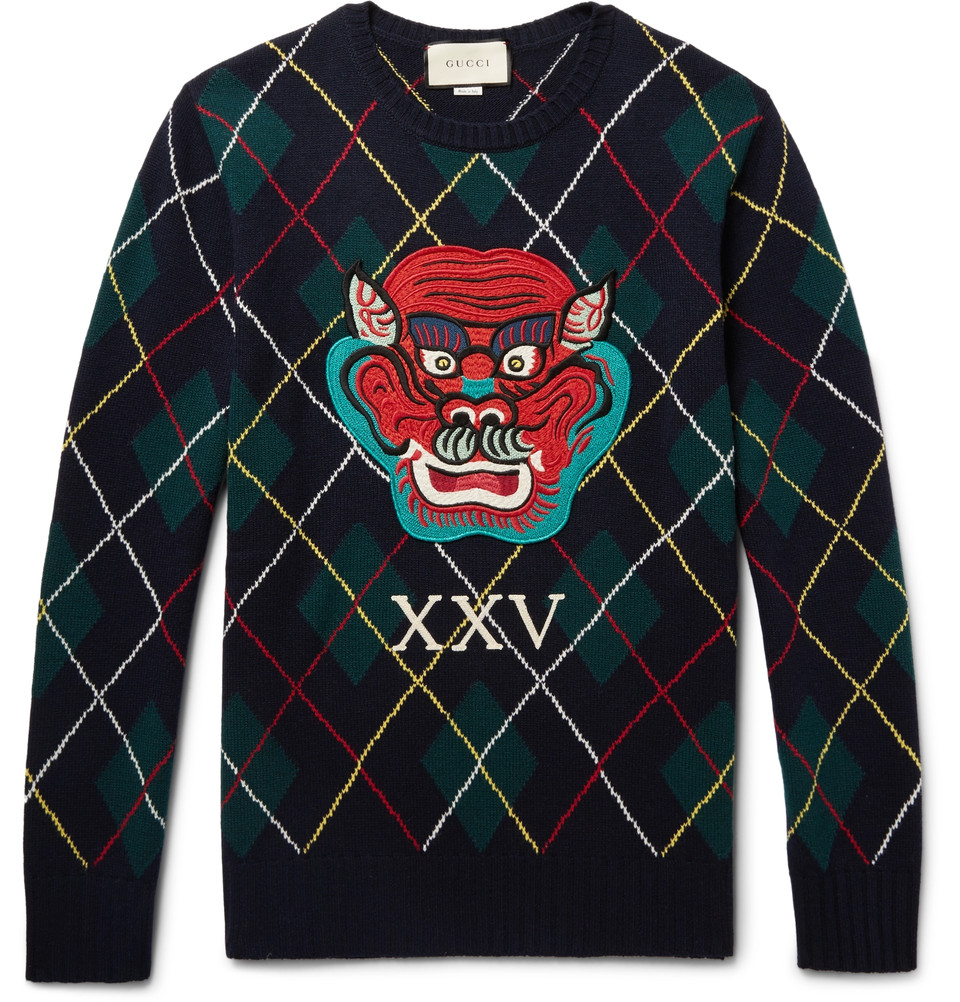