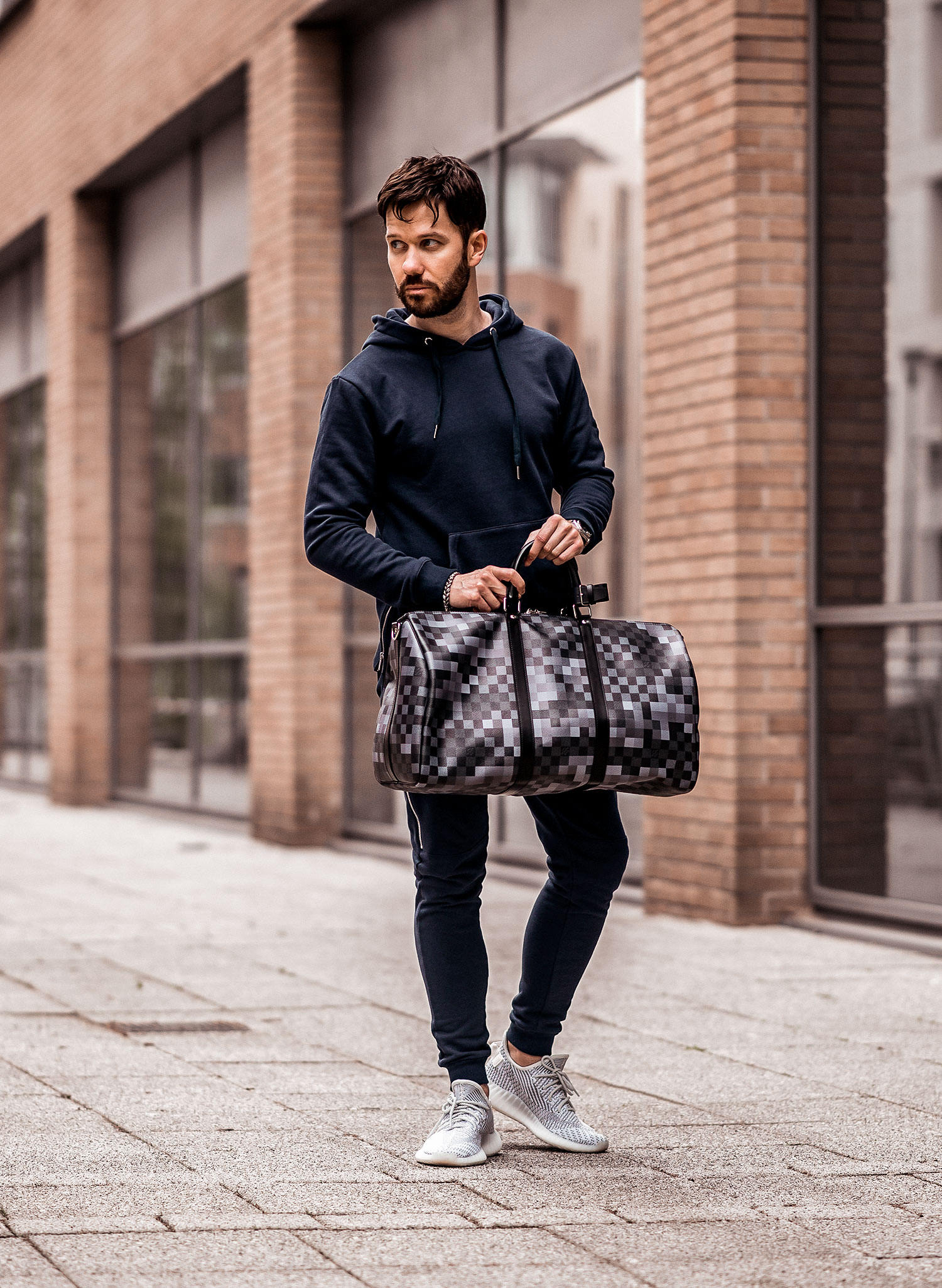 How To Dress Up A Tracksuit

Tracksuits for men have almost always been a fashion faux pas unless you are attending a gym or sporting event. Worn anywhere else would have been akin to committing style suicide, but we are now in a different era of fashion, and even chastised clothing choices like tracksuits can be dressed up adequately with the right accompanying accessories. Read on to find out more!

Tracksuits were once the domain of the sporting wear giants – Adidas, Nike, Reebok et all (although, often supermarkets would release their own and markets would have an endless stock of bad counterfeit products). As we reached the end of the 80s, the trend began gaining a foothold, and once the 90s were in full swing, it was a style which was seen everywhere! Many people took to them quickly; finally, you could wear comfortable clothing on a regular basis. Unfortunately, a stigma soon attached itself to this style of outfit as it was swiftly adopted by the criminal element in the UK, tracksuits, hoodies and baseball caps or a mix of all three were the typical uniform of gangs.

As time moved on and designer brands such as Gucci began to put their stamp on tracksuit designs, a lot of the negativity associated with this type of clothing has disappeared. High street retailers like Topman, River Island and Zara have a range of casual wear, including skinny fit tracksuits for a more modern take on this retro look. Many brands have even appeared primarily on the back of this popularity, including Manière De Vere and SikSilk, which shows that things can change given enough time!

For this look, I chose a Manière De Voir Navy Tracksuit, which features a slim appearance, structured to the body without appearing too skinny, overall a good fit for my frame.
I paired this navy two-piece with a pair of Adidas Yeezy Static Sneakers, their undeniable street style cool complements the urban vibe of the tracksuit seamlessly. I decided it was necessary to raise the profile of the outfit, adding my Louis Vuitton Pixel Hold-all to the mix, ensuring the ensemble is given a step up the ladder in fashion credentials. I followed up this with more high profile accessories with my Omega Aqua Terra Seamaster Automatic Watch and Emanuele Bicocchi Silver Thread Bracelet, adding those important finishing touches to this casual outfit.

We took a trip to Bristol to get these shots, located close to the Temple Meads Station; the area filled with office buildings comprises of simple architectural designs, ideal for this type of look! Although as it was in the middle of the day, we managed to acquire quite an audience visible from their office windows looking down at us while we worked on the shoot, nevertheless we managed to capture a selection of suitable images for what we needed.

What do you think of the fitted tracksuit trend? Are you a fan or are you eagerly awaiting its downfall and subsequent banishment from the fashion world? Looking forward to hearing your thoughts on the subject. 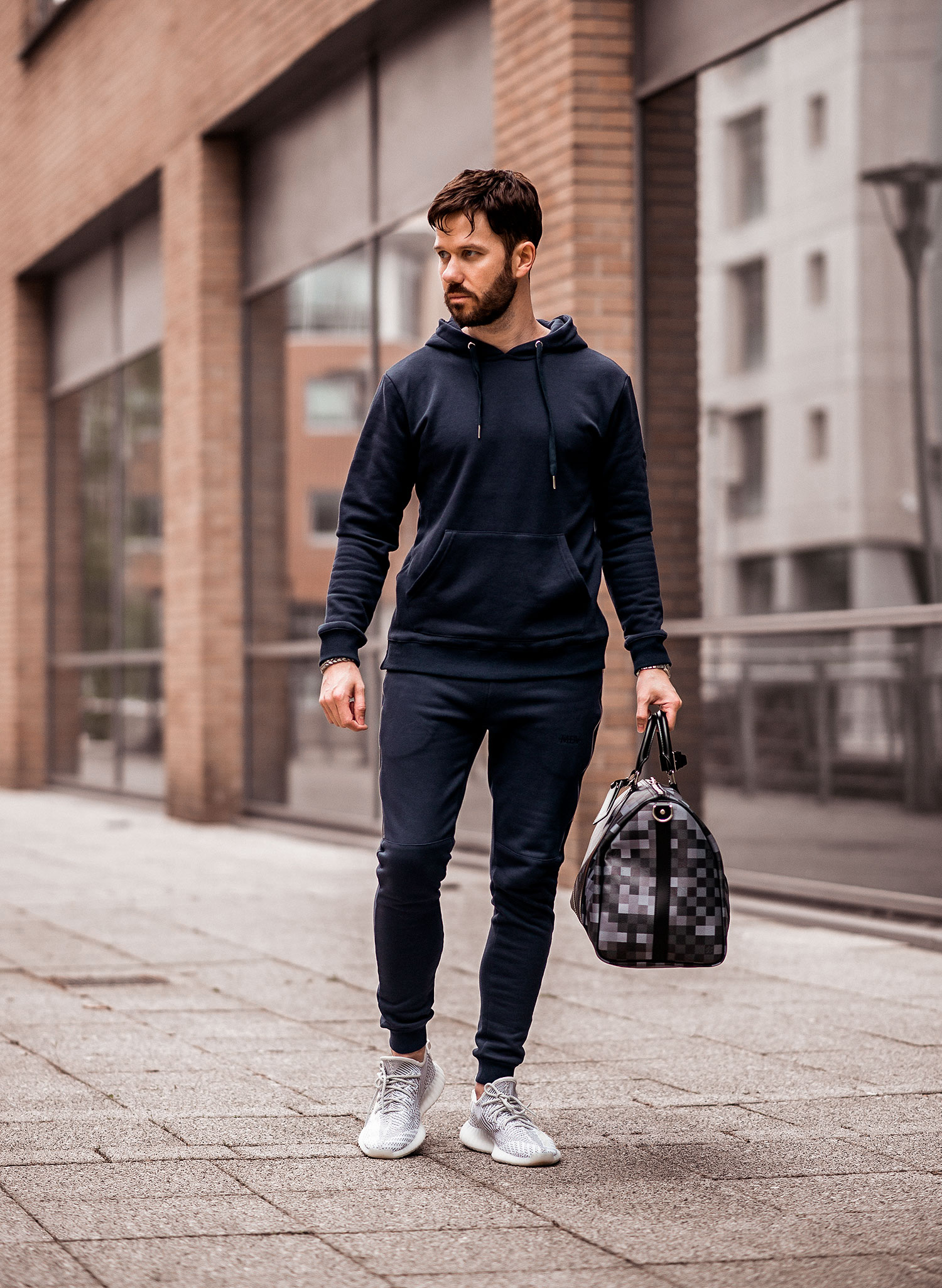 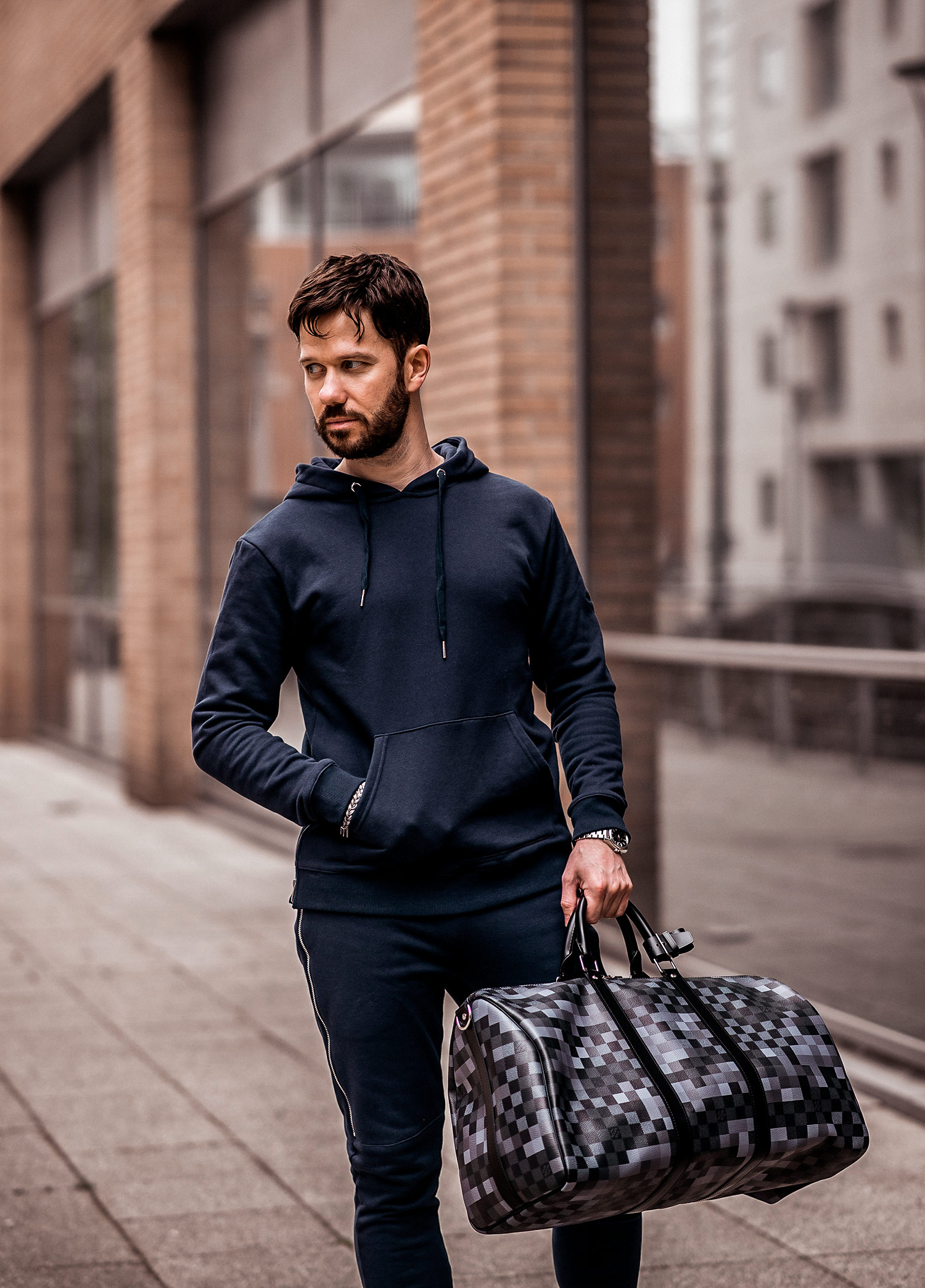 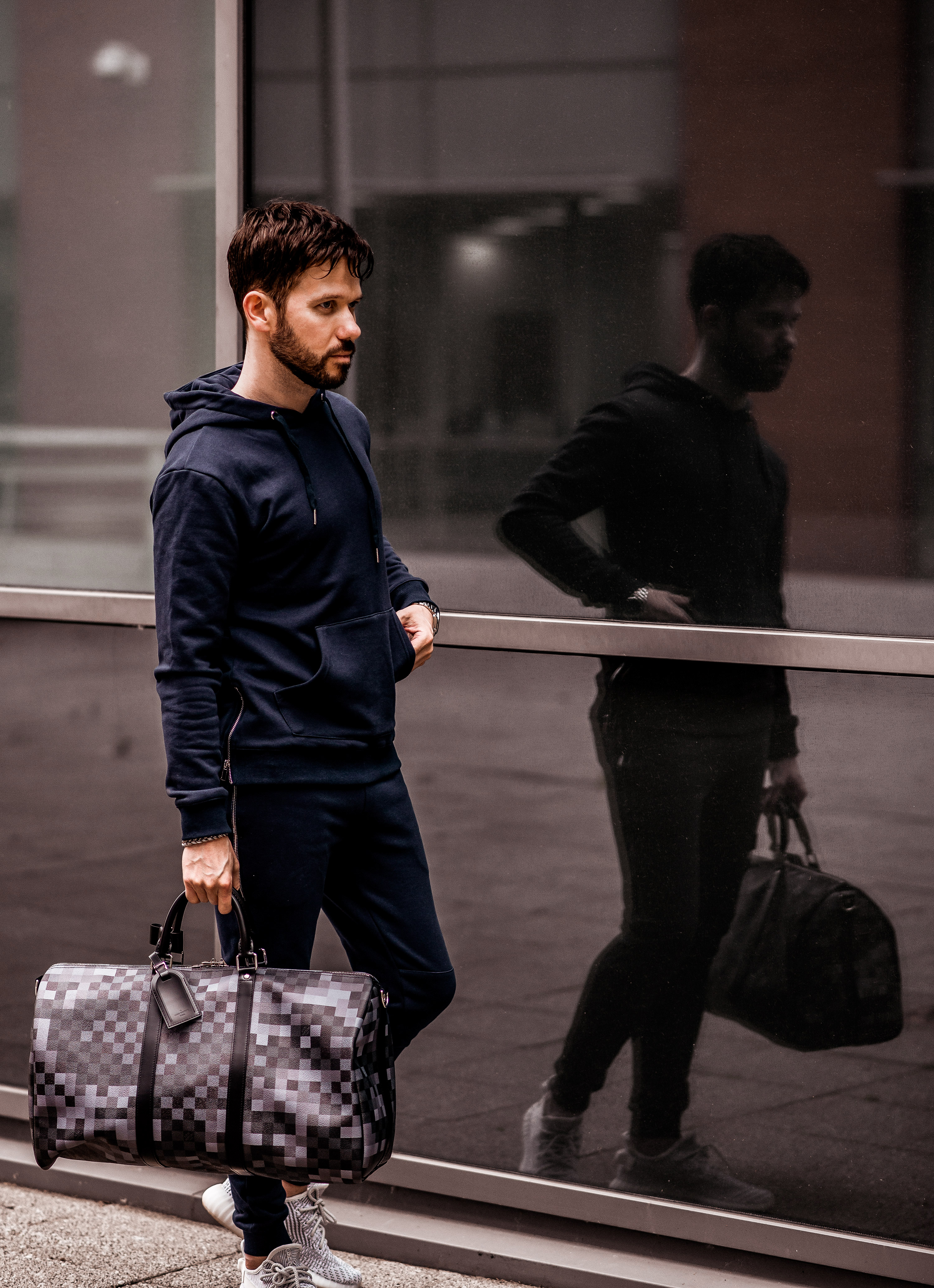 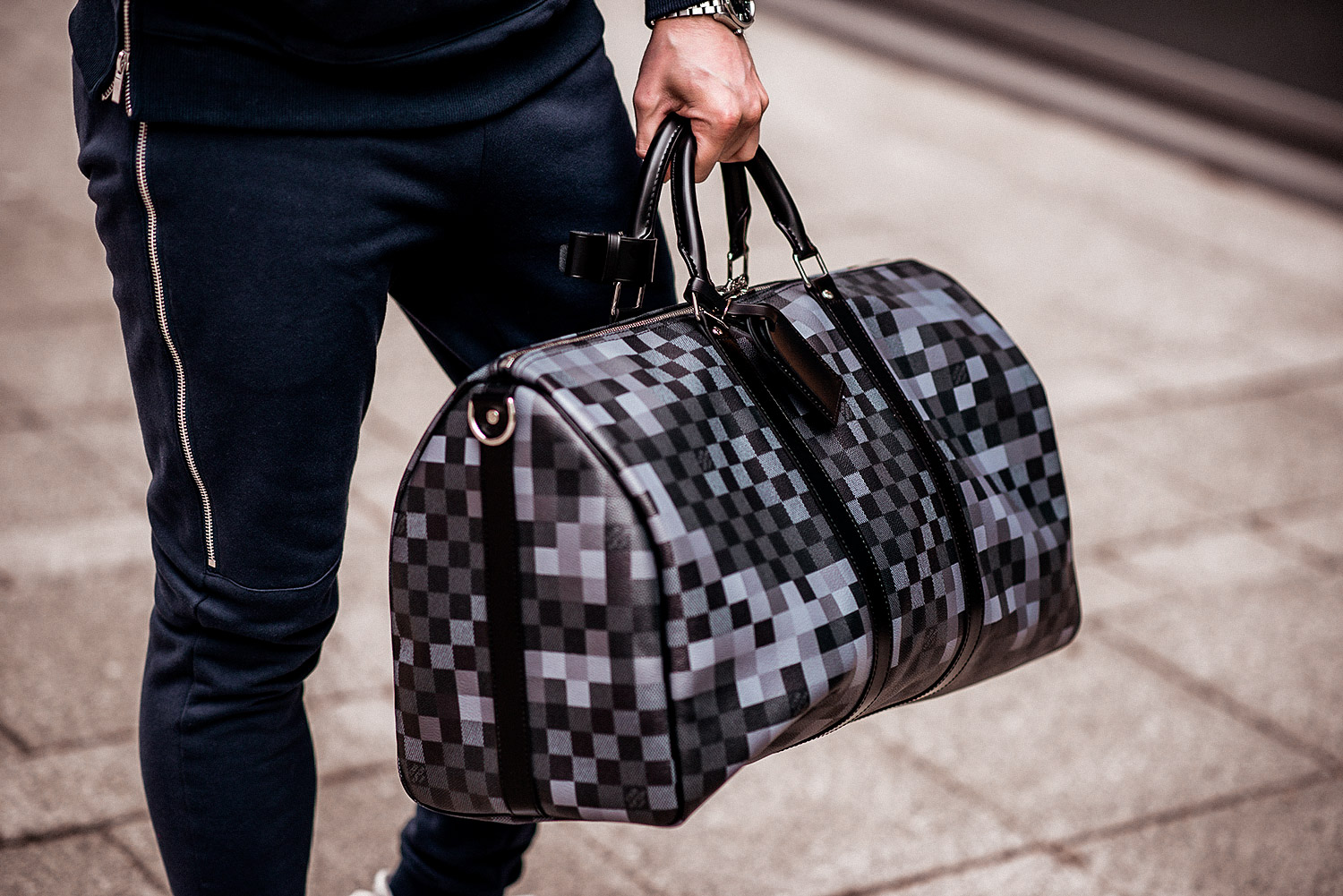 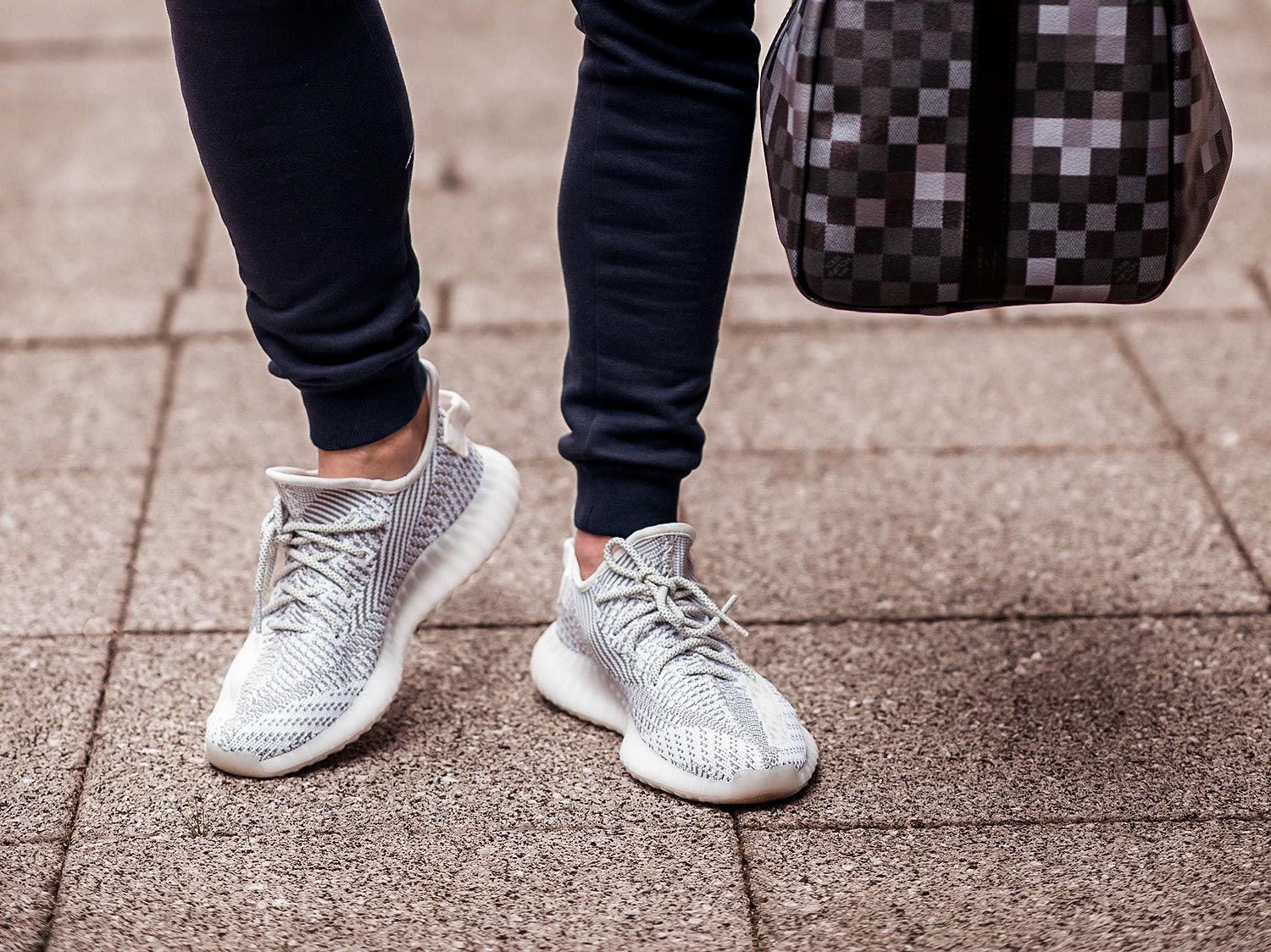